Famine in Somalia projected, lives of millions of people are at immediate risk, UN says 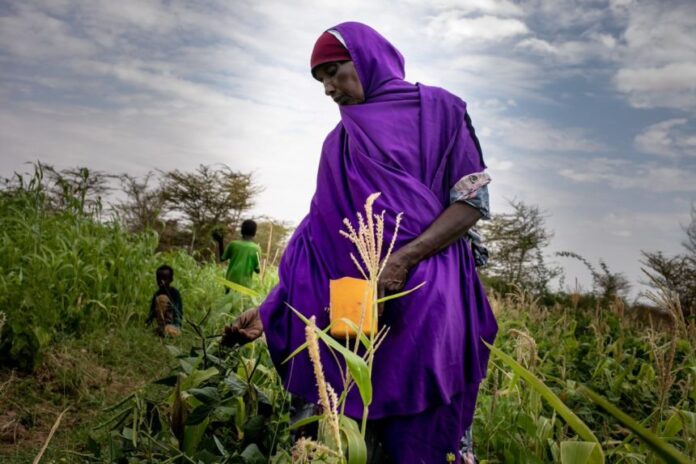 Mogadishu (Onkod Radio) — A new food security and nutrition analysis reveals that famine is unfolding in parts of Somalia, while staggering levels of suffering can be seen across the country. In response, the heads of the Inter-Agency Standing Committee (IASC), the longest-standing and highest-level humanitarian coordination forum of the United Nations system, issued a statement today calling for a huge injection of funds to enable a massive scale-up of assistance.

The people facing famine and extreme hunger in Somalia today are overwhelmingly livestock owners and rural families. Their survival depends on the survival of their herds. Their children’s nutrition is inextricably linked to the health and productivity of their animals. Those animals have been dying at a shocking rate for the last year.

The Food and Agriculture Organization of the United Nations (FAO) has already moved to convert its ongoing support to these rural communities into cash assistance, alongside critical livestock feed, care and water, but much more is urgently needed.

Unprecedented levels of drought, alongside skyrocketing food prices, conflict, and COVID-19 have forced over a million people – predominantly women and girls – from their homes, their lands, their entire way of being and into camps. They face enormous protection risks in these camps and have to rely on external assistance to meet every single need – water, food, health care, shelter. The number of people in need of urgent humanitarian assistance has increased from 4.1 million at the start of 2022 to 7.1 million people between June and September 2022.

Despite its critical importance to survival, livelihood support is hugely underfunded in the ongoing humanitarian response, and hard-to-reach rural people are suffering the most. Every $1 invested in protecting rural livelihoods saves around $10 in food-related assistance for displaced families. FAO reached 333 661 households between January and August this year with lifesaving cash and livelihood assistance, but the scale of assistance currently being delivered and funding from the international community is not yet sufficient to protect those most at risk.

FAO is bringing assistance to rural areas, as closely as possible to affected communities in Somalia. This helps to keep families and communities together during crisis, reducing psychosocial and physical risks to the vulnerable, and paving the way for a faster, future recovery. Thanks to its well-established network of local partners and implementation modalities, FAO remains the agency with the furthest reach potential and the systems in place to scale-up lifesaving assistance in hard-to-reach rural areas at risk of famine.

Key elements of FAO’s response plan include direct cash transfers and cash-for-work programmes that specifically target rural communities, alongside a range of support measures such as keeping pastoralists’ animals alive and productive by providing feed, water and veterinary care; and distributing drought-tolerant, early-maturing varieties of sorghum, maize, cowpea and other beans and vegetables to riverine families that may still be able to practice cropping despite the drought.

FAO Somalia urgently requires some $270 million to assist 1.8 million people across 52 districts with immediate lifesaving and livelihood safeguarding support. Funding levels remains drastically low, with only 23 percent of the plan funded as of August 2022.

New York (Onkod Radio) — New York: The world is lurching from crisis to crisis, trapped in a cycle of firefighting and unable to...
Read more
News in English