Mogadishu (Onkod Radio) — Somalia 27 July, 2022 – On the conclusion of a three-day journalists’ training in Mogadishu, the U.S. Ambassador to Somalia, Larry André, on Wednesday joined SJS to award certificates to 26 journalists who completed the training to professionalize Somali media in line with freedom of expression.

The training, supported by the US Embassy in Mogadishu, convened journalists in the various mainstream media outlets as well as independent journalists from across South Central Somalia. The training focused on four key areas: freedom of expression and media freedom coupled with limitations and responsibilities, journalists’ code of conduct and fact-finding and verification of information as well as conflict-sensitive journalism. This is part of a new training project that targets to train up to 50 journalists in various regions in the country.

The training emphasized the need for the trained journalists to provide factual, objective, balanced and verifiable information to the public to inform decisions about themselves, their community and government. Professional journalists need to practice and be bound by a discipline of fact-finding and verification of the TRUTH. During the three-day training, SJS provided hardcopy training manuals in Somali language to every participant essential for absorbing knowledge and information.

In a world awash with communication, it is important to differentiate journalism from other forms of communication. This training guided and empowered everyone present here with essential skills on best practices vital for the profession they hold so dear. More importantly, the training provided a safe space for sharing experiences of abuses and challenges faced by journalists in the hands of the authorities.

At the conclusion of the training, the Secretary General of SJS, Abdalle Ahmed Mumin, thanked the American Embassy for supporting the training project, saying that there is a need to find new ways to strengthen the independent media to fight against the practice of ‘law’. “Such activities can include financial support provided by international organizations to liberate the media now held hostage by corrupt politicians who only thirst for power and unscrupulous businessmen,” Abdalle Ahmed Mumin, SJS Secretary General said.

“We also realized that there is a need for specific training That there is a need to find innovative ways to strengthen an independent media free from ‘Sharuur’ [paid coverage]. Such initiatives can include a pool of grants from the international community to diversify the media that is currently held hostage by the greedy corrupt politicians and businesspeople,” Mr. Mumin who highlighted the need for a targeted training and capacity building for female journalists who face unique challenges and a separate training session for media owners and directors as well as encouraging investigative journalism to hold the duty bearers accountable and to support participatory and inclusive governance in Somalia.

Training participants Abdullahi Hussein Kilas from Jubbaland and Amina Abdirahman from the South West State stressed the key skills they had benefitted from the training sessions, and expressed how they would be able to utilize those skills in their work as journalists. They expressed their gratitude to both SJS and the US Embassy for their efforts in conducting the training.

Ambassador, Larry André, who addressed the participants shortly before the certificates were awarded, stated that he has great respect for the work of Somali journalists noting that the U.S Embassy continues to bring the issue of protection of journalists and media freedom to the table of the discussion with Somali federal leaders and authorities in the regional states.

“Journalists’ training explains what are the highest professional standards you are having and that it is a lifetime career you will be reviewing. With this training we were a partner with the Somali Journalists Syndicate and we reached a total of 50 journalists in two different regions of Somalia to build the professional skills and standards in line with the freedom of the press and the responsibilities of your profession,” Ambassador André “To achieve Somalia’s revival, a free and active media is absolutely necessary. I am aware problems faced by all journalists in Somalia and additional problems faced by women journalists,” Ambassador André said. 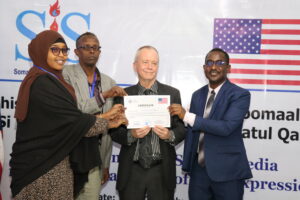 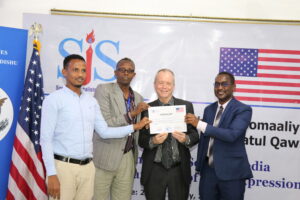 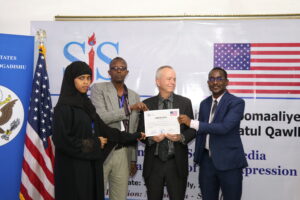 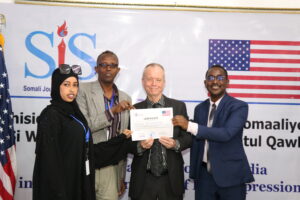 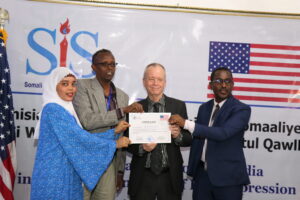 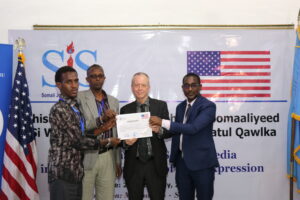 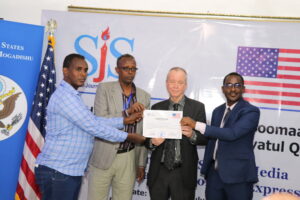 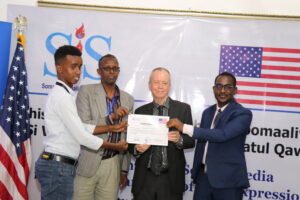 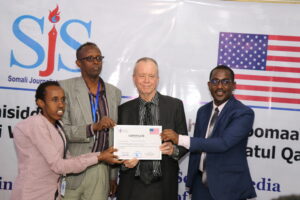 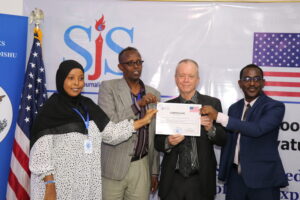 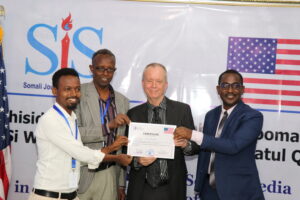 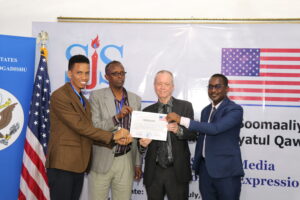 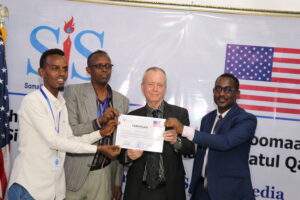 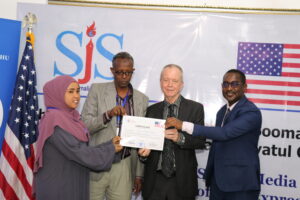 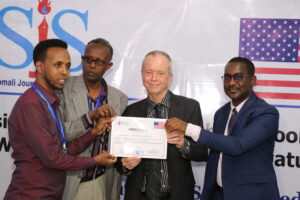 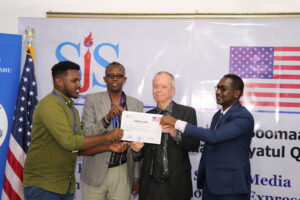 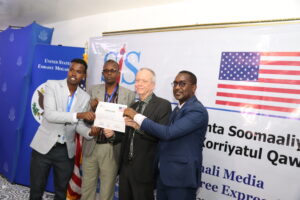 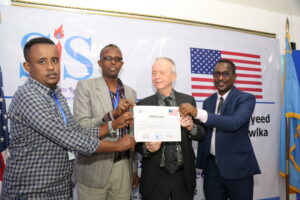 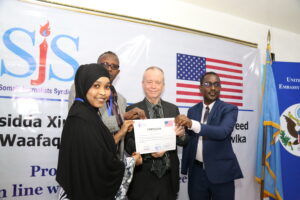 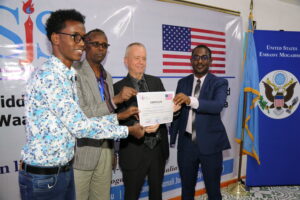 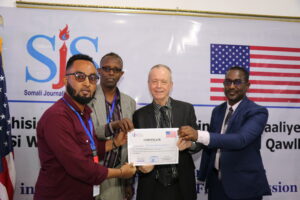 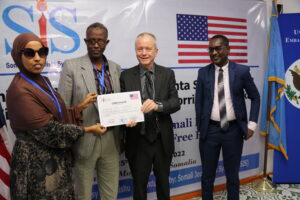 A devastating drought in Somalia has reached unprecedented levels, as the one millionth person displaced – aid group

Mogadishu (Onkod Radio) —  More than 755,000 people have been internally displaced in Somalia because of the severe drought this year, bringing the total...
Read more

A devastating drought in Somalia has reached unprecedented levels, as the one millionth person displaced – aid group

Mogadishu (Onkod Radio) —  More than 755,000 people have been internally displaced in Somalia because of the severe drought this year, bringing the total...
Read more
News in English

Mogadishu (Onkod Radio) —  Somalia Ahmed Hassan Wehlie has always had a technological bent. He displayed his talent in this area early in life....
Read more
News in English